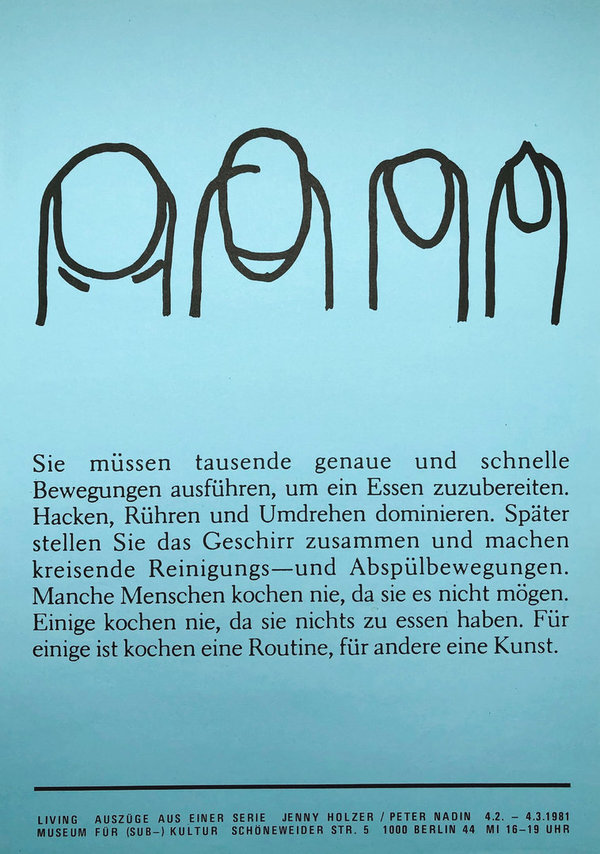 From 1979 to 1982, esteemed conceptual artist Jenny Holzer and well-regarded painter Peter Nadin collaborated on several small bodies of work as well as a handful of publications. Indicative of their collaborative output, the duo’s Living Series of 1981 involved pairing her text with his images in thoughtful diptychs. Rendered on aluminum and bronze, these works grapple with day-to-day life, delving into quotidian actions such as breathing, eating, sleeping, and maintaining human relationships. Nadin has explained their work by stating, “The collaboration [was] an attempt to push poetry through the language of advertising, and to push the visual dynamism of painting into diagram and sign. It was our way of moving art into the world and making it more accessible.”